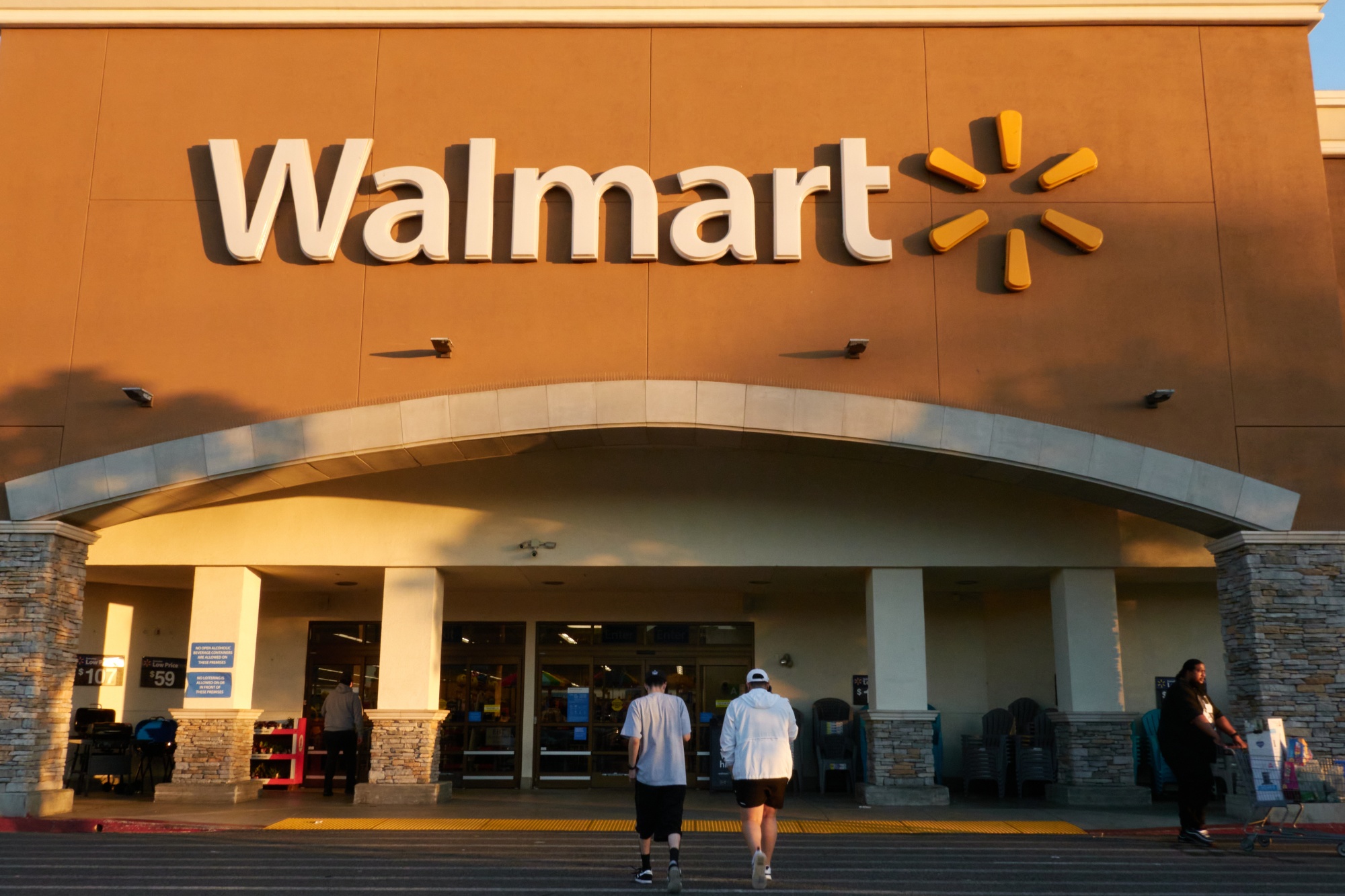 Amazon or Walmart. 2 rivalries. Whom to choose. We have got it covered in this article.

As time is passing by, market is evolving rapidly. And we need to change according to market as you know market is run by humans and economy created by them. Evolution of market indicates that humans are undergoing change that they have not seen before. So, we being human if you resist to change then think about what happened to dinosaurs. In 1980 and 1990’s previous generation used to see IBM as retirement stock. And Indeed since 1980 it has grown a lot. And still even with lot of competition the IBM is trading and keeping its investors money safe. And this is the main difference between normal stock and retirement stock. Most of the people watching this video would be retiring after 10 or 20 years. This is just a guess and if you are close to retirement then you have already lived most of your life and your life picture is pretty much clear to you. So, it would be easier for you right now to choose a retirement stock. Real challenge is when you are 20 or 30 and wants to plan for your retirement. In this case you are trying to predict stock which will be safer and will help you to beat inflation after you stop working. In a shell it is difficult to predict where will be stock after 30 years. For that you can just choose stock that you want. You need a powerful company that has already shown how strong it is and has got heavy and futuristic vision. One thing in case of retirement stock is you can ignore on what percentage of return you will get on your money. Because even if it has got a slow growth it will increase along with inflation. So first it will help you to beat inflation. And second You just want your money to be safe and that company should trade even after 20 or 30 years. And this a not a joke. It is serious.

And right now, if you want to invest money in stock with retirement in your mind you have got two stocks. I mean there can be many. But, these two stocks have got really good potential to satisfy the criteria of retirement stock that we discussed earlier. And as per the title you already know they are Amazon and Walmart. if you look at them closely, they are doing pretty much same business. Every contest, so the saying goes, eventually descends into a two-horse race. The statement appears to be accurate given that the Coke and Pepsi rivalry, the Democratic and Republican parties in the United States, and the majority of hardware sales are made at Lowe’s or Home Depot.

On the consumer goods retailing front, the two remaining titans are, of course, Walmart and Amazon. The former had a clear head start, but the latter has made good use of technology to become the powerhouse it is today. Amazon’s investors are certainly more enthusiastic about its future than Walmart’s shareholders seem to be, and for good reason. The e-commerce giant has become something of a lifestyle company, quietly ingrained into our everyday lives. That’s exactly where a company wants to be.
During the next lap of this particular horse race, however, Walmart is well-positioned to regain some lost ground.

So, let’s set the priority to Walmart and Amazon. Think back to 2013. It was a time when unstocked Walmart shelves weren’t uncommon, and neither were customer service complaints. Employee morale at the retailer was in the gutter. And it had no e-commerce platform worth speaking of.
Amazon took advantage of all of those weaknesses, boosting its U.S. retail revenue from $34.8 billion in 2012 to $170.8 billion in 2019. That’s nearly five-fold growth in just seven years. And To its credit, Walmart responded by making some changes. Naming Doug McMillon as CEO in early 2014 was a big one. He is smart and He turned up the heat on the company’s online efforts, which has paid off – and result of it was its U.S. e-commerce sales grew 40% last year. He realised the what Walmart’s competitors are doing and started expanding focus on online website. And his move of Sweeping pay increases put into place in 2015 and 2016 not only led to improved morale, but seemed to suggest the company had begun to view payroll as an investment rather than an expense. Curb side pickup of online grocery orders is now available at most of the company’s U.S. stores, and at all of its Sam’s Club locations.
In sum, these shifts suggest that Walmart has finally become what it should have been aiming to be all along. Restructuring its brick and mortar business, developing its online presence, working on employee morale, improving delivery operations.
Before choosing stock, it is really important to judge management of company. Now you will say like Walmart and Amazon are big companies. We know their management then what’s the point in judging it again an again wasting time. But you need to understand you are looking forward to work with company for at least 20 years. You need to look at their past financial statements for predicted revenue number and check whether in reality they are meeting it or not. Remember warren buffet principle that you need to think like you are going to own some part of company before investment. And second thing to decide which one is good is to get into customer shoes.
Walmart’s past few years have been invested in to upgrading the business to compete with its opponent. In the next few years, it looks to be preparing for something of a pattern shift into a modern-retailing mode that focuses on convenience and lifestyle.
And in recent news it seemed like Walmart appeared to be moving forward with a subscription-based service that will offer some premium services like same-day delivery of online grocery orders. Discounts on gas and other goods would be some of the program’s perks, along with early access to certain products.

If that sounds a lot like Amazon Prime with a physical retail component, it should. To be honest they are doing what worked for Amazon. While Walmart hasn’t said as much (technically, it hasn’t even confirmed that such a subscription program is on the way), there’s little doubt that the more than 150 million Prime members Amazon says it serves across the globe ultimately represent lost opportunities for the world’s biggest brick-and-mortar retailer. More than that though, the subscription service will fit neatly within the convenience-minded movement now shaping the consumer landscape. And that is why they are about to change the pattern of Walmart.

Walmart is also wading deeper into the healthcare sector. In which Amazon has not even started working in.
That effort started in earnest in September, when the company opened its first standalone healthcare clinic, which offered dental services, lab work, and even the ability to get X-rays taken in addition to the usual primary-care options. Since then, Walmart has expanded on the idea of becoming a major healthcare player, confirming just a few months ago it will begin offering health insurance to customers. The move will make even greater use of its growing network of care clinics.
Again, it’s all part of a broader lifestyle initiative to make the retailer a more integral part of consumers’ daily lives. And whenever it comes to healthcare whether someone has little more or little money they will have to invest in it as health is wealth.
Walmart is also making strategic behind-the-scenes moves its customers won’t see, yet will still enjoy. For instance, rather than continuing to rely on third-party transportation services that may or may not be able to provide the exact solution the retailer needs, it’s now handling more of those duties in-house. In March, it announced it would be expanding its corps of truck drivers with an additional 500 people, Walmart is also hiring its own local drivers to ferry groceries and other goods from nearby stores to shopper’s homes, finally realizing outsourcing that work was more complicated and less reliable than it was worth. One more advantage of this move is Both hiring initiatives bring the retailer closer to complete self-sufficiency.
Now wrapping up, It also remains to be seen to what extent (or even if) Walmart will be able to capitalize on closer relationships with its customers and its improved logistics. That’s not been in Walmart’s wheelhouse, historically speaking.
And now Walmart is not like it used to in past years when your dad used to shop. I mean it has evolved a lot in really good way.
As Amazon figured out long ago, simply existing as a shopping option isn’t enough. A company has to cultivate consumer habits, and delight its customers without them even realizing how well they’re being served. The brick-and-mortar giant’s stock is the better pick at this time simply because 2020 looks likely to mark Walmart’s pivot into becoming just such a lifestyle company. Amazon has evolved a lot than Walmart and that completely reflects from Amazon stock. But, here Walmart just realized they have really tough competitors so they will try to be like their competitors that means growth is calling Walmart and Walmart being less expensive is the right choice you can invest for your retirement as I already told you its been there since long time and it has lot of room to grow and management is also working on it. And it is trading at really cheap price compared to their vision. So, Walmart becomes really good choice over Amazon.