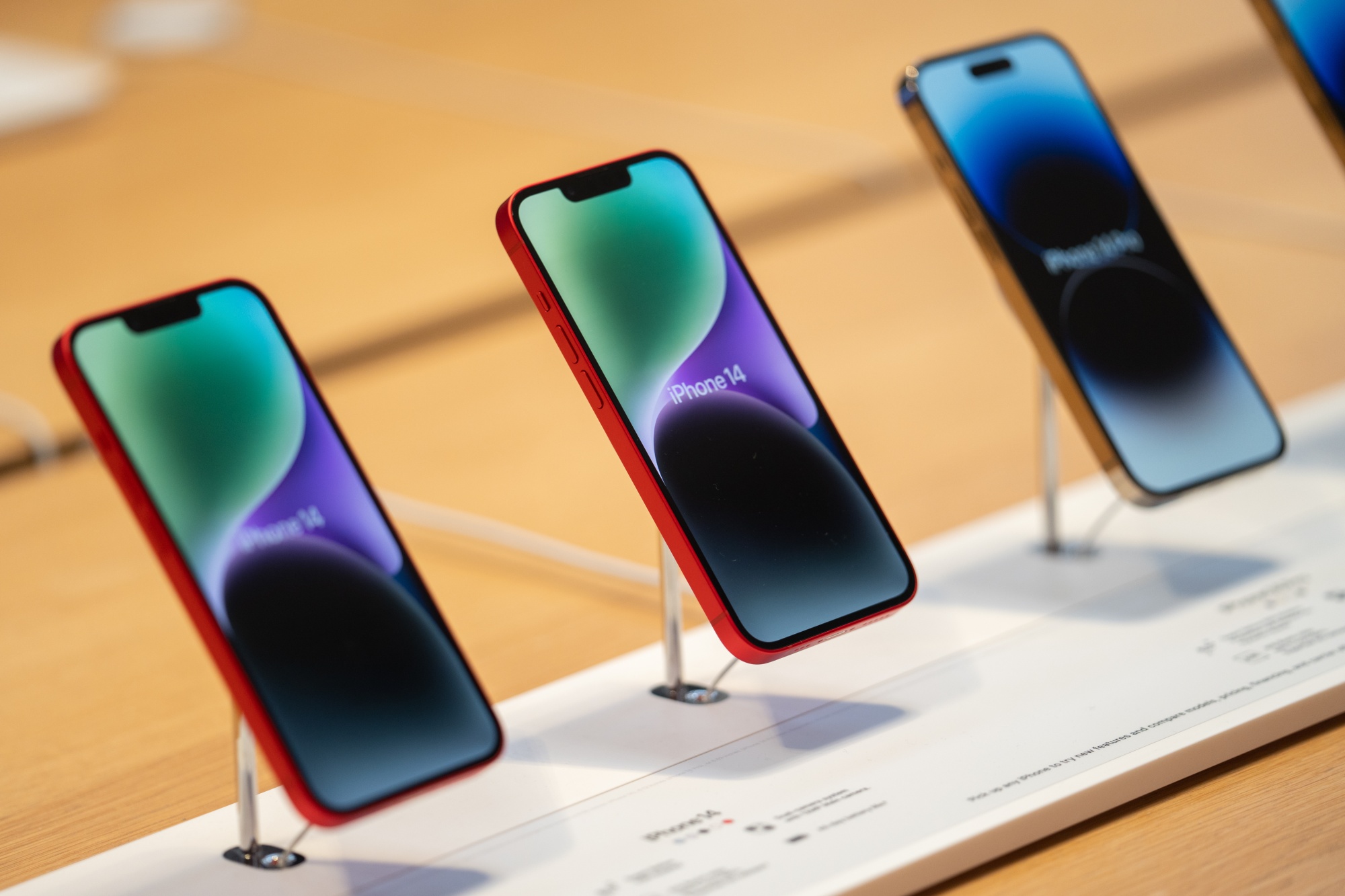 Peter Lynch is buying this stock next. Want to know which one? We have covered everything about that stock in this article.

Peter Lynch is one of the most successful and well-known investors of all time. And he is the legendary former manager of the Magellan Fund at the major investment brokerage Fidelity. He took over the fund in 1977 at age 33 and ran it for 13 years. And during those 13 years he literally beat the market and his success allowed him to retire in 1990 at age 46. Peter lynch is well-known because of his choices that he made during those 13 years.

Though, Lynch retired after leaving Fidelity, but his legacy continues to influence investors thanks to his evergreen books such as One Up on Wall Street. In which he documented the principles which he used while working for Fidelity. Today I am going to discuss some stocks that he may be thinking of to invest in. And one more thing if you don’t know his investing style you can check out the article that I uploaded recently. Link is right there.

If you take all of his investing principles and apply to the stocks like Apple, Kimberly Clark and few more, you will find they have formed perfect condition for any investor to put them in a bucket of wish.
Let’s analyze Apple first. Here, I will be explaining you why Apple right now may be lynch’s favorite.

Peter lynch once told investor that invest only in those company that you know about, that you understand about. But that quote doesn’t mean buy any stocks that you are familiar with or buy a stock only because you know the product of company and how do they make profit. Your knowledge about company is just a starting point at which you have prepared yourself to apply that knowledge in further investigation.
In an interview with The Wall Street Journal in late 2015, Lynch admitted to missing out on a few big winners after his retirement. One of those was Apple. Peter lynch has one daughter. When his daughter bought him iPod in 2001. Peter lynch said I should have focused more on Apple. He regrets not doing much math on Apple to figure out how much Apple was making on each device. Since the launch of the first iPod in 2001, Apple’s stock has generated total returns of more than 40,000%. But this huge return was because of company’s subsequent launch of iPad, iPod touch then iPhone and all those stuffs. Now, it does not mean that apple will deliver same performance again over the next two decades, but customer loyalty to the iPhone remains high. Even if people have iPhone 11 they will buy iPhone12. It has become kind of status and technology used in it is exceptional. Also, some times before Apple admitted they roll out software update to make iPhones slow and eventually degrade the performance which will make user to buy another iPhone. That means their revenue from hardware keeps on increasing.

The company is boosting its revenues per user with accessories like the Apple Watch and Air Pods, and it’s aggressively expanding its extremely sticky software and services ecosystem. You must have heard about Apple vs Fortnite battle. Wherein Fortnite accused Apple overcharging its fees. Apple takes 30% of revenue that any app generates over the period it is there in app store. In turn Apple replied it is required to maintain the infrastructure that makes it possible for App developers to upload their Apps and make available to IOS users. And Fortnite says it is overly charged. It should be less than 30%. So, this is about the battle going on between Apple and Fortnite.

Wall Street expects Apple’s revenue and earnings to rise 5% and 9% this year, respectively, before accelerating to double-digit percentage rates next year as it sells its more 5G iPhones and tethers more users to its subscription-based services like you have seen iTunes and all.

Next stock in the bucket list could be Best Buy. Many of you have not heard about this stock. Best buy used to be physical store. Wherein you can buy your technology gear. Its was kind of PC shop. But, over the period of year it has changed a lot. Peter lynch once told investors that if you “like the store, chances are you’ll love the stock.” If you want to analyze certain stock and if it is product based you should try its product once as you will come to know the quality of that stock. In fact Lynch said majority of his portfolio stock idea came when he was in grocery store or casually chatting with friends.

The retail apocalypse has decimated a lot of chains since Lynch retired, but Best Buy weathered the storm and pulled off an inspiring turnaround over the past eight years. Before going ahead, you should know the history of this stock. And believe me its interesting. Back in 2012, customers often used Best Buy’s stores as “showrooms” to test out products before going home and buying them from Amazon or other e-commerce operations as people wanted to take physical feel of particular product. That was also the year that CEO Brian Dunn abruptly resigned due to an inappropriate relationship with an employee.

Best Buy’s stock rallied more than 260% during his seven-year tenure, which ended last June. His successor, Corie Barry, has stuck to Joly’s playbook throughout the COVID-19 crisis, he followed the system laid out by his boss and the retailer’s sales actually accelerated through the pandemic as people bought new PCs and the other tech gear they required in order to work from home.
Wall Street expects Best Buy’s revenue and earnings to rise by 4% and 15%, respectively, this year, before decelerating slightly in 2021 due to the tough comparisons to this year with its pandemic-fuelled purchases.

Next stock which qualifies Peter lynch criteria is Kimberley Clark. According to one of the principles mentioned by Peter lynch in his One up book is try to bet on stock who are already famous and hot in that particular industry. Since, hot companies sometimes becomes really slow in their growth because they have somewhat rallied and already assured their investors of growth. But, in case of small companies no growth industries are consistent big winners. And Kimberley Clark is one of them. It is the consumer staples giant which produces paper-based products such Huggies, fits that description. It sells its products in over 175 countries and provides essential products to nearly a quarter of the world’s population. I mean just by looking at size of audience you should get clue that this thing is kind of multi-bagger type of stock. Serving quarter of world’s population is not a kid’s game. This number just reflect how disciplined and well managed supply chain is.

Over the past 20 years, Kimberly Clark’s stock rallied over 190%, outperforming the S&P 500’s gain of about 130%. But after factoring in reinvested dividends, Kimberly Clark delivered a total return of nearly 460% — which highlights the “magic” of compound growth over the long term. This is why its one of the reasons it must be big investor’s list. And one more thing is it was founded in 1872. Imagine how strong this company is. It survived world war 2, 1920 pandemic and still standing strong serving its consumer base and assuring investors their money is safe with them.
Kimberly Clark typically generates slow and steady growth, but the COVID-19 crisis temporarily lifted its sales in the first half of 2020. In response to the pandemic, it suspended share buybacks and postponed the end of its restructuring plan from the end of 2020 to 2021, but it resumed its buybacks in July and continues to execute its restructuring plan with cost-cutting measures and investments in its higher-growth brands.

Analysts expect Kimberly Clark’s revenue and earnings to rise by 2% and 12%, respectively, this year, before cooling off to 1% revenue growth and 3% earnings growth next year. Those near-term growth rates might seem little, but investors looking for a “cold” long-term winner should take a closer look at this stock.