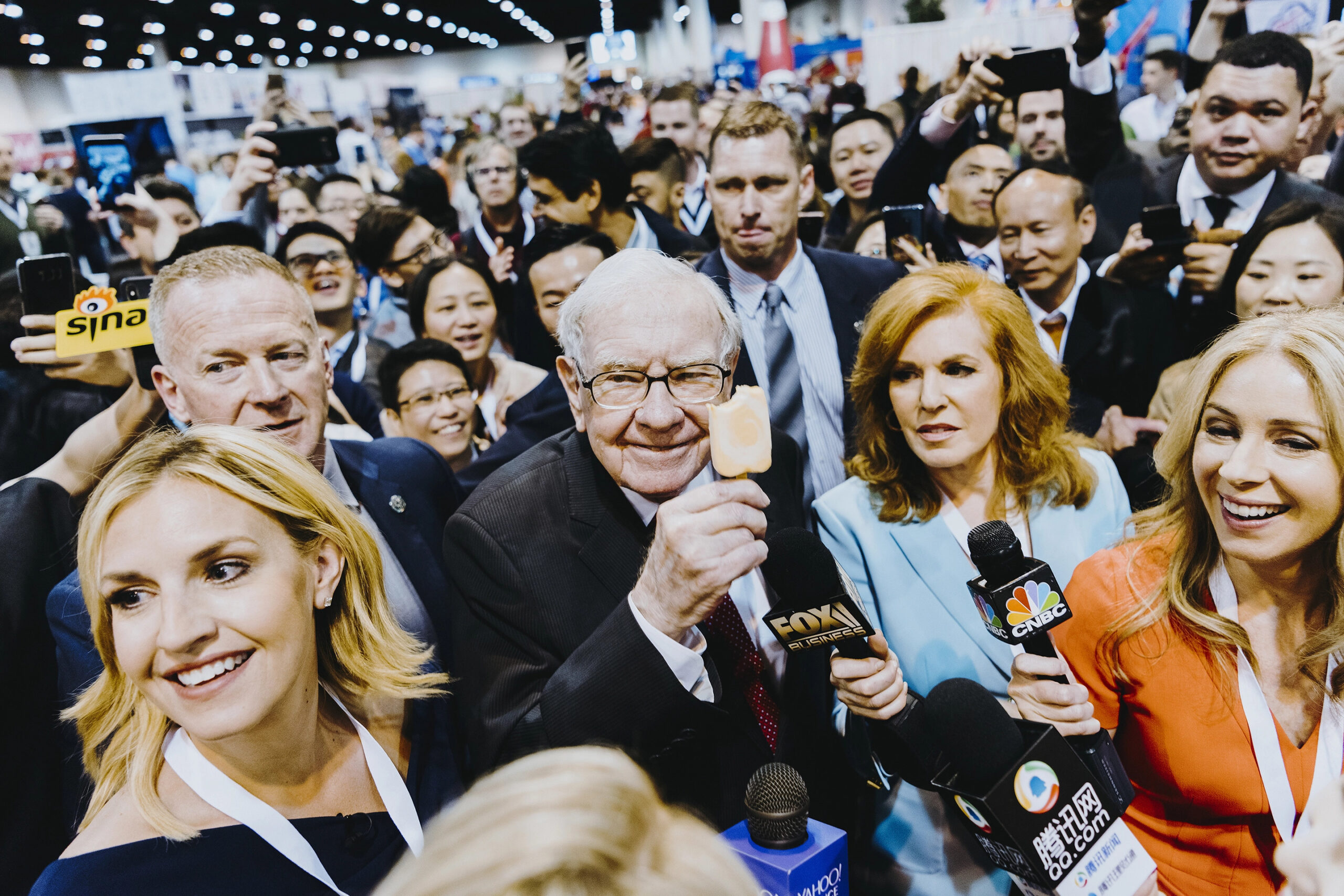 If you own Warren Buffet’s Berkshire Hathaway stock then better do not sell them. This article will help you understand why that stock is good stock.

Now a days Berkshire hatchway is almost trading above 300k. And its almost impossible for anyone I mean for general public to buy it. Berkshire Hathaway was never cheap. Even in 1990’s Berkshire was trading around 8000 dollars. And at that time 8000 dollars used to be huge amount. But, if somehow if you had invested 1 million dollars in Berkshire Hathaway in 1990’s. Considering the factor Berkshire trading around 300k, Berkshire gave you 3700% return. By that calculation, you could have earned 37 million dollars by now. Look at the multiplication power. Stock market is crazy. And crazier than this is the stocks like Berkshire Hathaway. They are phenomenal. Providing jaw dropping returns over the period of time.
Berkshire Hathaway is kind of stock that you should never sell in your lifetime. Trust me, I am not saying this because of the Mr. Charlie or warren buffet. although they are just as entertaining and informative to listen to.
For the moment, let’s get out of this way. I am fan of warren buffet. I love to read the letters he sends to the shareholders. These letters are not only updates but they reflect the thinking of warren buffet. And if you really want to become a big fish you should read the letters too. But, yeah again not all people love to read his letters because of some xyz reasons. But they have lot of buffet quotes that every investor should hear and learn. If you are skeptical about Berkshire hathaway after buffet and Charlie.

Think about it this way: While we certainly hope they stick around for a while, the fact that a company is being steered by any particular 89- or 96-year-olds isn’t exactly the most durable investment thesis for it. In fact, the reason I plan to own Berkshire Hathaway stock until my retirement (I’m 38) and beyond is precisely because Berkshire Hathaway will do just fine no matter who is at the helm. The company is built to generate market-beating returns for investors with little impact from its CEO.
Most of you watching this video might not be aware of the fact that Warren buffet didn’t found Berkshire Hathaway. It was founded by Oliver Chace. And when Warren Buffet took control over it. It was struggling textile manufacturer. But, In the 56 years since Warren Buffett took control of what was then a struggling textile manufacturer, Berkshire Hathaway has evolved into a massive conglomerate with more than 60 subsidiary businesses. Just to name a few of the most well-known, it’s the parent of GEICO, Dairy Queen, Duracell, and Fruit of the Loom.
Owning such a diverse array of businesses might seem like it would create a never-ending job for a CEO. You may think these guys may have to go to factories to check whether everything is going on right or not. What about sales and what is the supply chain. Big No, that isn’t the case. In fact, Berkshire gives the managers of its subsidiaries a great deal of autonomy when it comes to running their operations. For example, although Omaha-based Berkshire owns Dairy Queen, the restaurant chain is headquartered in Minnesota and has its own CEO (Troy Bader) who manages the day-to-day operations. There’s even a layer between Buffett and the managers in Vice Chairmen Ajit Jain and Greg Abel, who oversee Berkshire’s insurance and non-insurance operations, respectively.

Buffett and the rest of Berkshire’s management team play very little role (if any) in the operational decisions of its subsidiaries. If you combine all child companies of Berkshire Hathaway and count the number of employees or the people working of them the number comes out to be around 377000. And in reality, only 24 or 25 workers work in corporate office of Berkshire Hathaway. And because of this child companies are also happy to work under Berkshire Hathaway. They don’t interfere a lot.
In fact, when Berkshire is considering an acquisition, one of the prerequisites for a deal is that a solid management team is already in place. Buffett’s general philosophy is to find great managers and not try to change their methods. As he puts it, “…the important thing we do with managers, generally, is to find the .400 hitters and then not tell them how to swing.” When you buy a company and you find that it’s in really good condition you should understand one thing that the point at which the company is right now is because of the management and of course all workers. And therefore, there is no point in wasting your time unnecessarily appointing new managers and taking interviews judging them. If you are getting it right at hand without investing your time then why not? Buffett has referred to certain companies as being so easy to run that a ham sandwich could be CEO and things would run just as smoothly. And that’s exactly what he’s built in Berkshire Hathaway. This thing reflects the philosophy of warren buffet invest in what you understand. Understanding management of company is key factor. Whenever top investors say you need to look at company that means you need to understand how management is working there. Their way their style of handling and doing business are things you need to look upon. And if you find out that people in management can serve its consumer base then you don’t need to care about appointing new people in management.
Things I am talking about are all psychological. But what will happen to Berkshire Hathaway after Mr. warren and Mr. Charlie. Because one is 90 and other is 97. You know at what thing I am trying to point out. Because, look Berkshire’s stock portfolio is worth over $200 billion, and most of the investments were hand-selected by Buffett and Mr. Charlie themselves. And there’s no question that they are one of the greatest value investors of all time. But, buffet knew he wants someone after him to run Berkshire Hathaway. So, long before he chose Todd Combs and Mr. Ted for stock picking. They have each been given an increasing share of Berkshire’s capital to manage, and the results so far have been promising. Remember Years before Berkshire invested in Apple Amazon. Those choices were made by these guys. And to be honest Berkshire Hathaway seems to be enjoying profits like never before. Buffet liked their pick and he told to stake up more in Apple and Amazon. If you look carefully Berkshire Hathaway’s 44% portfolio is made up of Apple. Combs and Weschler have been groomed for years to prepare them for the day when they’ll have to take over Berkshire’s investment portfolio. They not only appear to be up to the task, but will largely operate independently of whomever occupies the CEO’s desk.
That means main thing that his portfolio is already in safe hands. As Buffett said in his most recent letter to shareholders, “Berkshire shareholders need not worry: Your company is 100% prepared for our [his and Munger’s] departure.”

In a nutshell, Berkshire will do what it was designed to do, no matter who is in the corporate office. The operating subsidiaries will continue to generate capital that can be used to acquire more businesses and buy more stock. Not only does each business have its own independent management team, but the people who will guide the capital-allocating part of the business are already in place.

Berkshire has been a fantastic business with Buffett at the helm, and will continue to be for as long as he’s in charge. But once the Oracle of Omaha is no longer the company’s leader, not a whole lot will change — because that’s exactly how he designed it. He knew nothing is permanent in this world so instead of creating some static thing he created dynamic Berkshire Hathaway that will easily be handover to future generation talents. So, for these reasons if you own one you should not sell it just because warren or Charlie. Because remember Berkshire Hathaway has its hands deep into all sectors. And its kind of future proof. So, its would be a wise decision to hold Berkshire Hathaway.