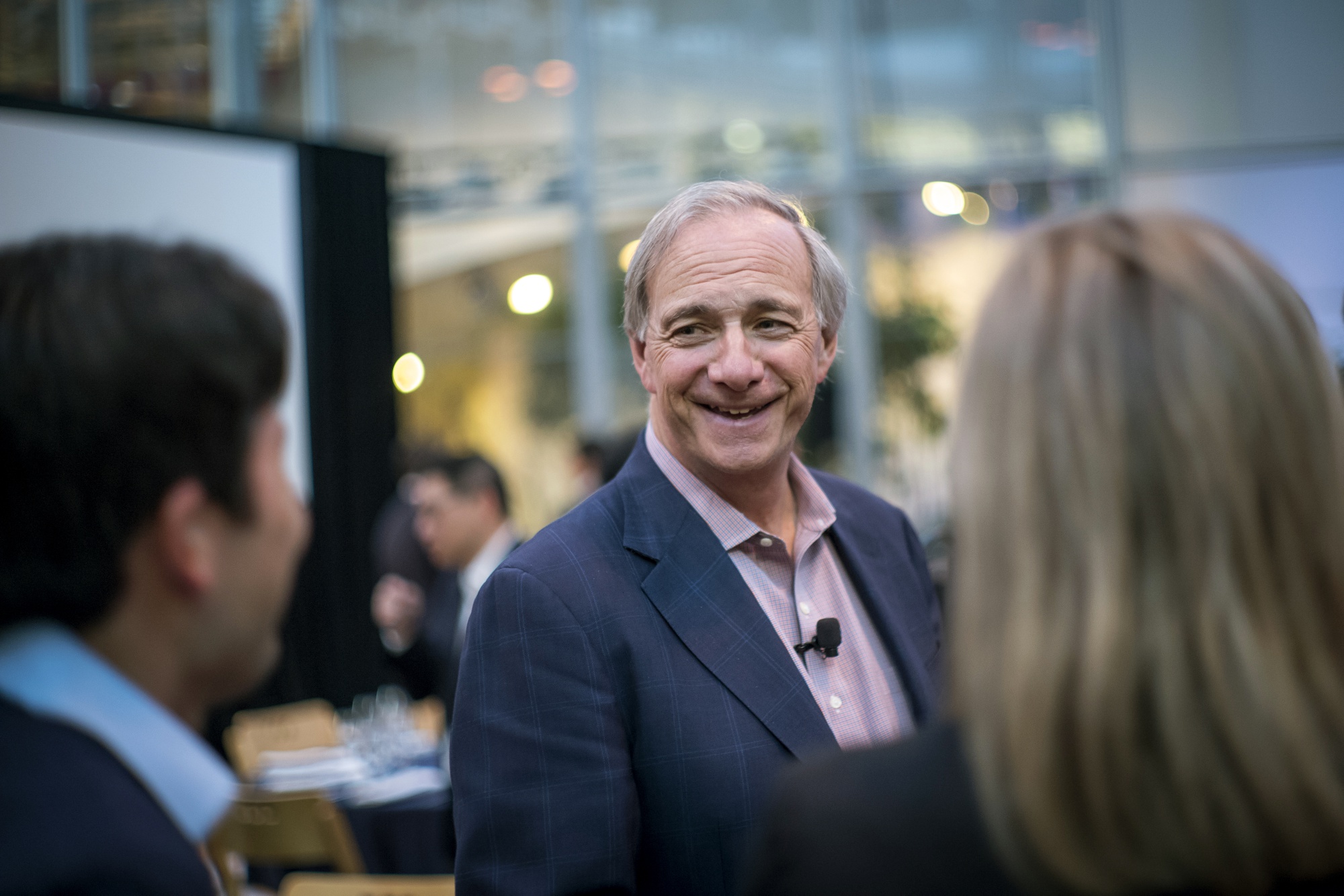 Ray Dalio, One of the best Wall Street Billionaire reveals his secret soup of how he made $18 Billion dollars within short span of time. Hey there, I hope you guys are doing good. Today I have one story to share with you. And that story is of my friend Jedi. My friend Jedi started doing job at 25. He was so serious about saving that He even avoided eating outside to save the money. After years of hard work, he finally saved money that he thought he can live his life comfortably. And finally, he took decision to retire and he did. After retirement, he put all of his money in bank account FD with interest of 1%. At the same time inflation was moving up 2% on average. Since, his spending during retirement cost him more than his interest income he started failing short on money and he took job again. Luckily, he got job that he wants after such a huge gap in his career. But, in reality it is unlikely to get job that Jedi got. Conclusion is he didn’t achieve his dream because of wrong investment. And that is exactly what Ray Dalio wants you to guide so you don’t end up as Jedi.

Even if you don’t know who Ray Dalio is? He is an is an American multi-billionaire hedge fund manager who co-founded Bridgewater Associates. And today I am going to reveal that plan of Ray Dalio that every baby investor wants to know. So, make sure you are reading this article till the end because you know you don’t want to end up being Jedi.

Although learning how to invest can seem like a daunting task. But, remember one thing putting your money to work while you sleep is a key step to gaining financial independence and of course retiring comfortably. For that you need investment strategy. And hey don’t get scared because you need strategy. Trust on Ray Dalio, a renowned investor and founder of the world’s largest hedge fund, Bridgewater Associates. He has already created one strategy for baby investors that he actually used when he was starting up. And, now he is multi-billionaire. He is successful. And Anyone can develop a smart investment strategy by following a three-step formula laid by Ray Dalio. Before moving ahead, I would like to clear that it is not quick money strategy, you need patience. Today, Dalio is worth an estimated $18 billion according to Forbes, but he founded Bridgewater Associates in his two-bedroom apartment in New York in 1975. From its founding through 2017, Bridgewater returned the biggest cumulative net profit for a hedge fund ever, according to data from LCH Investments. But he was working on his wealth since 1975. Remember Patience is the key. And if you want to know what patience can earn you, I would recommend you to watch my previous video wherein I have explained magic of patience.

So, let’s get started with 3 steps for successful investment by Ray Dalio.

1) First step is to the ask the question How long you can survive?
Whenever you think of retirement you always think whether this much of saving will help me to live my rest of my life or not. In the same way Dalio says, “Savings equals freedom and security”. It’s really important “How much freedom and security do you need?”
Next thing Dalio says to ask yourself is,” ‘How long can I get by on my savings without having any income? How many months or how many years of freedom and safety do I need?’ and further he advises to make sure that you have more than that,”
And even if you answer comes out to be short like year and half it is pretty much fine. Because he said when he started out, he thought of saving that will last up to six months. But as he achieved that target he went on deeper and increased the time period. This will not only help you to plan your investment but also will make you visionary towards your future.

2) Create diversified portfolio:
Once you are done with savings that achieves your first target of how much will it last up to you should head toward creating you own diverse portfolio. Again, why you need to create diversified portfolio? You know the answer. Remember the story of Jedi I told you in beginning? Even if not, Inflation will eat your savings. Right now, the national average interest rate for a savings account is only 0.10 percent, according to data from Bank rate, meaning you’re only earning a few cents for every dollar you save. Meanwhile, the consumer price index — which measures inflation (the rising costs of goods and services) — rose 2.7 percent in the past year. And Dalio says,” That’s the worst thing you could do because it is the surest tax on your money. You will bleed slowly to death because the after-tax returns are lower than inflation by a little per year.”
In order to prevent your savings from losing their value, the best choice is to invest your money into a diversified portfolio of assets that increase in value faster than inflation. And dalio’s best bets for investment is non-cash assets is like stocks, bonds and real estate.
Most of the investors says A typical portfolio might be split between 50 percent bonds and 50 percent stocks, but Dalio argues that isn’t really diversified. He says, “When you look at most portfolios, they have a very strong bias to do well in good times and bad in bad times. To avoid your portfolio simply rising and falling with the market, his advice is to spread out and balance the risks of each investment. And in one of his books he mentioned his ideal well-diversified portfolio that you can take help of to build you own.
30 percent should be in stocks, 40 percent in long-term U.S. bonds, allocate 15 percent to intermediate U.S. bonds and out of remaining 15 you have to divide it in to two and allocate 7.5 percent to gold and 7.5 percent to other commodities. And after this you will have to re-balance your portfolio annually. Re-balancing is like you need to adjust shares in particular area. You need to re-evaluate which company is worth investing or not. According to me this is really a good mix. Because after careful analysis you can easily find out this portfolio can do well under any condition, whether the economy is growing or shrinking, or whether inflation is rising or falling.

3) Learning the market behavior in long-run:

As I have already mention top investors are really patient. All of the above discussion is about how can normal person cop up with inflation so that he/she can live life comfortably when he/she stop working regular at regular job. If you are trying to become more serious about investments rather than just than just buying and holding in a diversified portfolio, it is crucial to understand the historical patterns of the economy and the stock market. And yes, we discussed about ideal portfolio that ray Dalio thinks.
But there is high chance that you may deviate from the portfolio and things may go towards other side. Obviously, which I don’t recommend doing because market timing is a tough game for a non-professional and for professionals to play well.
So, in that case ray Dalio says,” you should know how to play with cycles. “What is cycle by the way? Everyone one of us have seen sine wave like this. So lower part and upper part forms once cycle. The same thing is also seen in the market. Historical patters repeat in the market. For that we need Learn how to buy when everyone else wants to sell, and how to sell when everyone else wants to buy. For example, after the financial crisis in 2008, the U.S. markets eventually recovered from the recession and entered the longest-running bull market in modern financial history, beating the bull market after World War II.
Most of the consumers are really wary of risking their money to buy stocks after the crash. And this is the point they miss huge opportunity to make money. And Dalio said the same thing, “By understanding historical patterns, investors can avoid missing out on such opportunities. The biggest mistake that most people make is to judge what will be good by what has been good lately. So, if a market has gone up a lot, they think that’s a good market rather than it’s more expensive. And when it goes down a lot over the last few years, they think, ‘That’s a bad market, and I don’t want any of it.”
We need to think differently with at least in stock market, where millions of people invest and if you want to stand out and get noticed in our case make big money you have to analyze market smartly. So, this what I thought and I wanted to share with you. So, make some wise choices and move ahead.