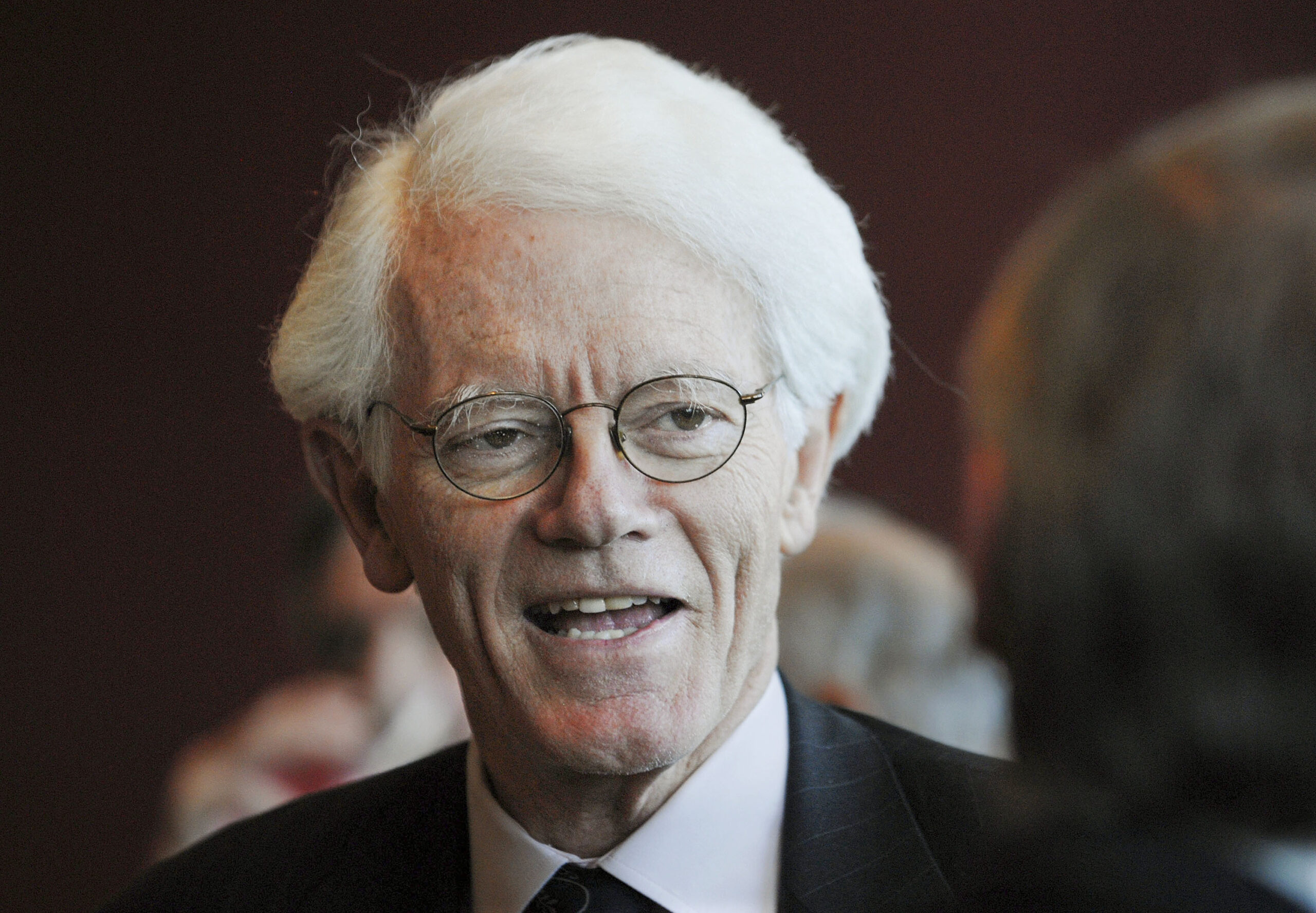 Want to know how Peter Lynch use to pick stock then this article will help you to understand that.

Nowadays stock market is not a new thing. I mean more than 50% of US citizens have their money invested in stock market. And if it done correctly it would be the most rewarding decision you could have ever taken in your lifetime as far as financial part of your life is considered. But, lot of people tend to do it in wrong way and end up losing money. Of course, there are agencies and all those people who suggest you stocks by paying them. But they are also not perfect. After all its your money and you should be in-charge of your investment path. For that, you should know in which stock you should invest and at what time. And today I am going to tell you those tricks used by legendary portfolio manager Mr. Peter Lynch. His principles are so simple and easy to implement you need not to be expert in finance to select which stock will give your huge returns on your savings. For those who don’t know who peter lynch is here is the brief introduction of Mr. Peter Lynch.

In the early 1980s, a young portfolio manager named Peter Lynch was becoming one of the most famous investors in the world, and for a very one simple understandable reason that when he joined Fidelity Magellan mutual fund in May of 1977 as portfolio manager the assets of the fund were $20 million. Between 1977 and 1990, he proceeded to turn it into the largest mutual fund in the world, outperforming the market by a mind-boggling 29% per year annualized. And he was not like hey I found the way to make big dollars in the market I am not going to tell it to anyone. He frankly revealed all of his secret principles to the world that they are no more secret now. And believe me they are really simple.
Peter Lynch firmly believed that individual investors had inherent advantages over large institutions because the large firms either wouldn’t or couldn’t invest in smaller-cap companies that have yet to receive big attention from analysts or mutual funds. And it doesn’t matter whether you are an agency or individual investor these principles are for everyone so that they can choose stock with great winning probability.

So, lets move to first principle

1) Most common principle among big investors is invest in what you know. Same way try to pick stock that you understand. Try to understand what the company behind that stock is doing. And if you are not well with the understanding of that company straight away ignore it even if that stock gets skyrocket in future. Because, in present you are not well verse with what fundamental that company is running on. So, it would better to ignore it.

According to Lynch, our greatest stock research tools are our eyes, ears, brain and common sense. Lynch was proud of the fact that many of his great stock ideas were discovered while walking through the grocery store or chatting casually with friends and family. We all have the ability to do first-hand analysis when we are watching TV, reading the newspaper, or listening to the radio. When we’re driving down the street or traveling on vacation, we can also be sniffing out new investment ideas. Look customers are main factor which cover almost 2/3rd of entire USA GDP. If we want to put it in the simple word, most of the stock market is in the business of serving you, the individual consumer – if something attracts you as a consumer, it should also pique your interest as an investment.
Now, lets move towards second principle.

2) Peter lynch always say to do your homework. Let’s say you just got the stock by following first principle and now you want to invest in it. You just can’t. First-hand observations and anecdotal evidence are a great start, but all great ideas need to be followed up with smart research. Don’t consider Peter lynch as only observer. He does lot of smart research. Like you need to understand the sale, flow of money. You must analyze its debt. Let’s dive deep in sales analysis. If there is a product or service that initially attracts you to the company, make sure that it has a high enough percentage of sales to be meaningful. A great product that only makes up 5% of sales isn’t going to have more than a marginal impact on a company’s bottom line. Next factor to consider here is PEG ratio which is price or earning to growth ratio. This ratio is really important to know how much expectation is built into the stock. You need to choose those companies who has strong earnings growth and reasonable valuations. And if your stock has PEG ratio of two or more then it has that earnings growth already built into the stock price. And you will also need to favor companies with strong cash positions along with that its always a good idea to look for company with low debt and higher equity. In other words, company should have below-average debt-to-equity ratios.

And the last one is Invest for the long run. Now many people are confused with time period whenever it comes to long-term investment. And lynch made it clear the time period is more than 10 years. Because, If you ignore the surprises or the accidental events that happens in the world, lynch says stock is very much predictable where it will be after 10 or 20 years. Its not at all difficult. But if you are looking where stock will go after period of 2 to 3 years then its like playing gamble. And Lynch also said,” you might as well flip a coin to decide price at which stock will be at after 2 to 3 years”. It may seem surprising to hear such words from a Wall Street legend, but it serves to highlight how fully he believed in his philosophies. Even after After buying certain stocks he always kept knowledge of the companies he bought stakes in. And if he sees something wrong is going on and story on which he bought stakes at start is changing he used to sell it. Peter lynch never predicted the market timing or where market will go what will happen to economy.
In fact, Lynch once conducted a study to determine whether market timing was an effective strategy. According to the results of the study, if an investor had invested $1,000 a year on the absolute high day of the year for 30 years from 1965-1995, that investor would have earned a compounded return of 10.6% for the 30-year period. If another investor also invests $1,000 a year every year for the same period on the lowest day of the year, this investor would earn an 11.7% compounded return over the 30-year period.2

Therefore, after 30 years of the worst possible market timing, the first investor only trailed in his returns by 1.1% per year.2﻿ As a result, Lynch believes that trying to predict the short-term fluctuations of the market just isn’t worth the effort. If the company is strong, it will earn more and the stock will appreciate in value. Lynch only focused on finding great companies and didn’t waste time on finding out market or economy direction.
And one more thing I want you to know is. Peter lynch invented the term “Ten bagger”. You have heard multi-bagger stock. But, ten bagger is a stock that goes up in value ten-fold, or 1000%. These are the stocks that he was looking for when running the Magellan fund. And it is in our hand whether to make stock tenbagger or not. Rule No.1 to finding a tenbagger is not selling the stock when it has gone up 40% or even 100%. And a lot of people when sees the profit they try to sel it. Let’s stock is at 10 dollar when you bought. Now its trading at 100 dollar. And you sell of your position when it was 100. But, you just missed the opportunity to gain more when stock start trading at 1000 dollar. This what tenbagger looks like and this how you can make stock tenbagger. It totally depends on your thinking and vision and how you look at stock. Whats your perspective. Many fund managers these days look to trim or sell their winning stocks while adding to their losing positions. And Peter Lynch felt that this amounted to “pulling the flowers and watering the weeds.

So, in conclusion Even though he ran the risk of over-diversifying his fund if you don’t know he owned thousands of stocks at certain times and who knows he might be holding, Peter Lynch’s performance and stock-picking ability stands for itself. He became a master at studying his environment and understanding the world both as it is and how it might be in the future. By applying his lessons and our own observations we can learn more about investing while interacting with our world, making the process of investing both more enjoyable and profitable.