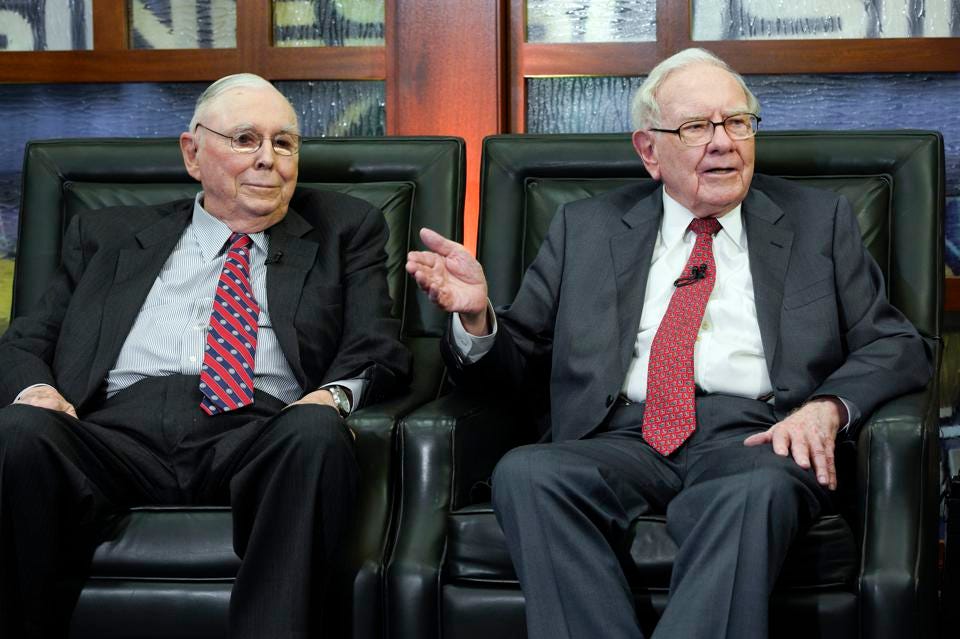 Cathie Wood is known for her Disruptive Innovation Investment Strategy. Till 2021, She made ARK Invest 50 Billion United States Dollars management firm. While warren Buffet needs no introduction whenever it comes to Wall Street.

This time Warren Buffet is copying these 3 stocks from Cathie Woods portfolio.

1) PayPal: Buffett loves insurance and finance related companies. Berkshire owns GEICO. While He already owns Mastercard and Visa through Berkshire. Though PayPal is not insurance company but it tick marks lots of criteria’s in checklist of Warren Buffets Insurance Business Model. And on the other hand PayPal is also growing quickly, with revenue up 20.7% last year. Cathie Woods already owns $335 million worth of PayPal. Considering all of these Warren Buffet may jump on PayPal any time soon.

2) The Trade Desk: Warren Buffet always has been in love with advertising business. Remember Washington Post? Yes, He has been backer of Washington Post since long time. The world has changed and now this is the era of digital media. Because of digital media most of the readers switched from newspapers to digital version of those newspapers. But, one thing is that has not changed is Advertisement Profit. Those Advertiser who used to publish Advertisements on newspaper now doing the same thing digitally. So, Ad profits are there no matter how world has changed right now. And Trade Desk is highly related with programmatic advertising. So, before going further let us take a minute to understand what programmatic advertising is.

As a marketer you have to be very deliberate and data driven so programmatic is just a fancy
word. To explain the difference between data driven and guessing we used to do guessing for most of
advertising and today we’re being data driven. Now what I mean by data driven is that in every ad that shows up there’s actually an auction that is being run it. Almost always is literally an auction where an ad request gets sent to an ad server then ad server sends that out to a bunch of buyers and then you look
in real time and by real time I mean in one tenth of one second you look at all the potential demand that could buy this particular impression. You pick the one typically that is paying the most. That auction
happens 12 million times every single second across the entire open internet that doesn’t even include the wild gardens and so what programmatic is when a marketer of any size if you’re a tiny pizza shop
you’re only trying to buy four ads every single second so you’re looking at 12 million you’re trying to figure out which four you buy if you’re a huge national brand you’re trying to figure out which you’re trying to buy
and you want to use as much data as possible to select the right and that you make certain that you’re having as big of an impact as possible the difference between success and failure of any company of any brand of any marketer is how well they choose those right and if you choose well you’ll do great if you choose badly you will not sell anything. So, basically Trade Desk helps advertiser to manage their promotion across different channels. They guide advertisers.

The ARK Next Generation Internet ETF already owns $166 million in Trade Desk. Given its growth and profits, Berkshire Hathaway’s portfolio will love it as one of its member contributing to Warren Buffets wealth.

3) Alibaba: And third stock that Warren Buffet wood love to add in his portfolio is Alibaba. Everyone knows Alibaba is Chinese tech giant and Alibaba is not only limited to e-commerce but it has wide variety of services in China including payment gateway, cloud computing. Alibaba is one of the biggest E-Commerce platform in the world and it has $1 trillion dollar total Merchandise volume Alibaba. Ans it is trading less than its intrinsic value and it makes Alibaba really good stock for value investing and and Warren Buffet recently back BYD. It is a Chinese electric company and he has shown that he is not afraid of Chinese government. For your information Ark invest already owns 154 million of Alibaba all of this seasons makes Warren Buffet to invest in Alibaba.

So, these are the stocks that Warren Buffet would love to add in his portfolio which are already staked by ARK invest Cathie Wood.