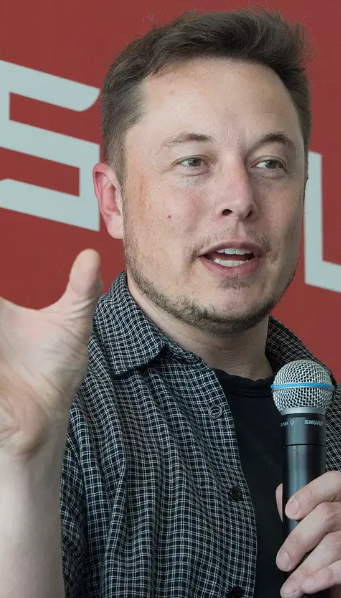 Technology enthusiast and SpaceX and Tesla CEO Elon Musk is planning to take Twitter Inc on Chinese way. He recently shared his plan on Investor Podcast about Twitter development.

In podcast he again showed his love for letter X. His company SpaceX, Tesla Model X and his son with singer grimes also has X letter in name. Continuing, he told host that he is planning to create Super App name X.

App X, everything application will serve as hub for day to day services. Speaking further he said, “If you’re in China, it’s basically, you kind of live on WeChat — it does everything. It’s sort of like Twitter, plus PayPal, plus a whole bunch of other things. And all rolled into one with actually a great interface.”

He also mentioned the need to create such app that does everything. When asked whether Musk is going to create a new app like this or not? He said, “We will have to create such app either by converting Twitter into WeChat like app or by developing new app from start. But, we need such app.”

Everyone knows Elon musk is visionary person. Born in Pretoria, South Africa on 28 June, 1971. He is the son  of Maye Musk, a model and dietitian from Canada, and Errol Musk, a South African  electromechanical engineer, pilot and sailor. He really got into computers. At the  age of 10, he developed an interest  in computing with the Commodore VIC-20  and taught himself computer programming. In March 1984 Sold his first video game. By the age of 12, Musk sold the code of a  BASIC-based video game he created called Blastar,  to a magazine called PC and Office  Technology, for approximately $500. At the age of 17, Elon Musk moved to  Canada to attend Queen’s University,  avoiding mandatory service in  the South African military. Musk left Canada to study business and physics at the University of Pennsylvania. He graduated  with an undergraduate degree in economics and stayed for a second bachelor’s degree in physics. Then Musk and his brother, Kimbal, started Zip2,  a web software company that developed and  marketed an Internet city guide for  the newspaper publishing industry.  The company raised money from a  small group of angel investors. In February 1999 they Sold Zip2 to Compaq. They acquired Zip2 for US$307 million  in cash and US$34 million in stock options  in February 1999. Musk received US$22 million  for his 7 percent share from the sale. Musk married Canadian author Justine Wilson  after meeting her while attending the University  of Queens. Musk founded Space Exploration Technologies, or  SpaceX, with US$100 million of his early fortune.  SpaceX develops and manufactures space launch  vehicles with the goal of eventually building  more affordable spacecraft that would make it  possible to one day reach and colonize Mars.

Earlier in July 2003, Engineers Martin Eberhard and Marc Tarpenning  founded Tesla Motors. Elon Musk came into the  project in 2004, leading an investment  round in the Startup with a personal  contribution of $70 million. Musk participated  in designing their first electric car,  which was a Tesla Roadster sports  car based on the British Lotus Elise. In July 2006 Cofounded SolarCity. Musk provided the initial concept and financial  capital for SolarCity. Co-founded by his cousins  Lyndon and Peter Rive, SolarCity develops  and sells solar panels and solar roof tiles. First time in the world, Tesla Motors announced its  first version of Autopilot.  Its system is capable of lane control  with autonomous steering, braking and  speed limit adjustment based on signals image  recognition.

This is how visionary he is. Recently, he developed re-usable rockets. By knowing all of this we can trust Elon Musk for developing Super App.